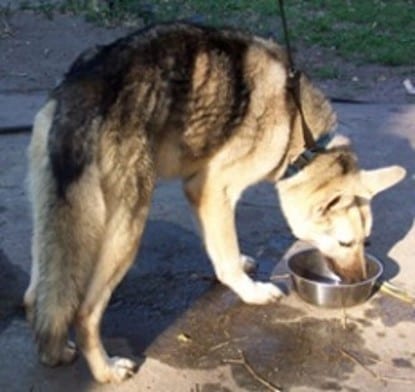 Here he is right out of Animal Control on the way to his first vet visit – you can see his poor bones through his fur.

Krueger was a stray that I almost hit while driving to work one day. I called Animal Control to get him off the street safely, then got Savannah Sav-A-Life to sponsor me to get him out. He was about 3 years old but starved – weighed 45lbs and had a puppy collar tight on his throat at that weight. The logical assumption is that he’d had the collar as a puppy, then been chucked out into a back yard for the rest of his life. He had Stage 3 heartworms.

For a while, he went by the name Dog X. I’d just intended to rehab & foster him, since Eike was about 8 months old and whacko at the time. He went through confinement for heartworm treatment, getting weight on him, getting his poor muscles reconditioned, getting neutered (of course,) all that. And when he was healed up after a few months, it turned out that he was the perfect buddy for Eike: played with her enough to help her exercise, but was also really calm, which showed her that calm was an okay thing to be sometimes. 😊 So he got an official name, and stayed.

He is afraid of storms and lightning so cameras, which flash, usually make him flatten his ears. I snuck up on him in the sunshine once and got this great portrait though: 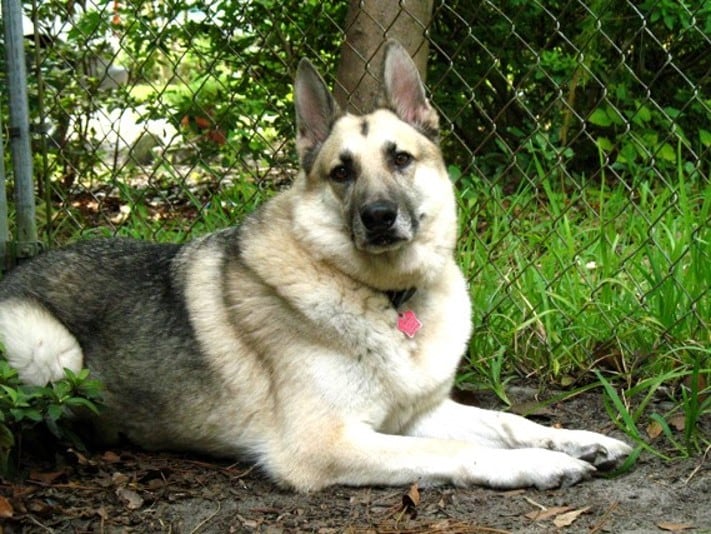 He’s the sweetest marshmallow that ever was, but part of that sweetness is because I think the malnutrition & heartworms may have damaged his brain some. He’s never been interested in toys, treats, anything. Never chased a ball. Never wagged his tail. Never barked. He’s not shy or scared, just incredibly passive. Even wild animals don’t see him as any kind of threat: we’ve had rabbits and possums just mosey on by, up close!, like he wasn’t even there. (He didn’t notice them, either.)

It was okay that he didn’t learn things; he just copied Eike, and she was a Good Girl, so it worked out. He saw her go into her crate for dinner, so he went into his, etc. When he did things she disapproved of, like approaching the Christmas tree, she steered him away. It was pretty great.

We – with great affection – call him our throw rug.

The only thing that visibly perks him up is the opportunity to sleep on something new. 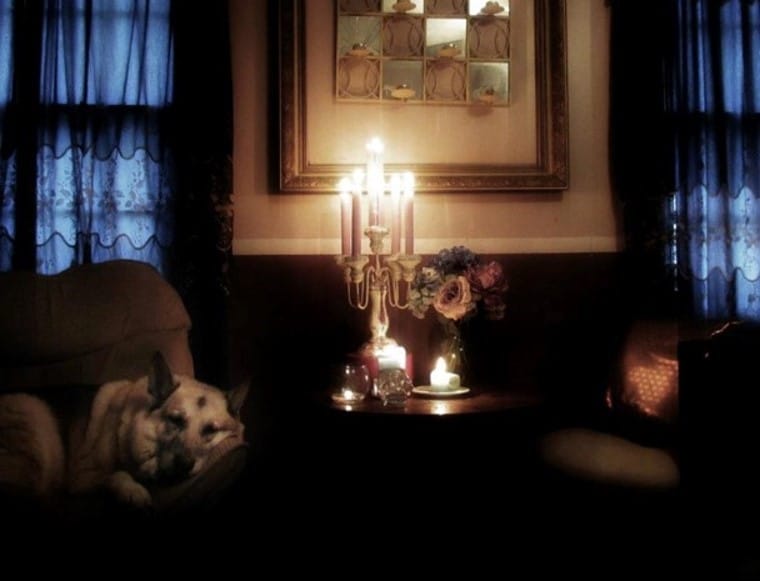 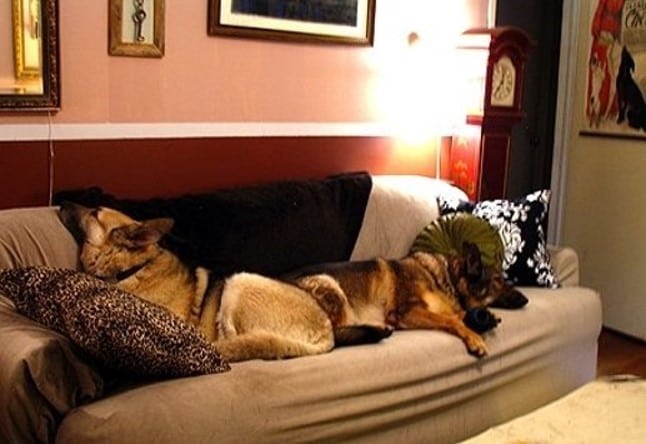 He and Eike had their own couch. You can see why. No room for me!

Krueger’s now in the neighborhood of 16 years old. In the Spring/Summer of 2014 he developed Canine Cognitive Disorder/”doggie dementia,” which was terrible. It was like he had storm fear, but 24 hours a day. I was scared for him; not only was he suddenly incredibly destructive, flipping furniture over, etc, but he was so agitated that we couldn’t put calories into him as fast as his anxiety/activity was burning them.

We tried everything. We were about to put him on the last-ditch possibility, which is a human dementia medication – expensive and a pretty heavy pharmaceutical. Luckily a vitamin supplement (Cholodin) turned him around. His “brain pills” made him normal lazy Krueger again. I’m convinced it saved his life.

He’s very old and needs help getting around. He’s basically in hospice mode nowadays. But it looks pretty much the same as his “wild youth” – lots of sleeping on the couch, until it’s time for him to come into the bedroom at night and sleep on his bed there. (A habit we started when the dementia struck: he wouldn’t settle unless I was touching him. Slept for months with my arm hanging off the the bed, hand on his shoulder, until we found those vitamins.)

Now, with Bronte here, he sleeps on the couch with the coffee table moved up so she can’t jump all over him. He’d be fine with it, but no old man wants little’uns jumping on their heads or their bad hips. She occasionally checks in on him but is content to leave him be. He, having never cared about fun or toys or treats – hell, we don’t think he’s ever known his name – isn’t the least bit jealous of all of Bronte’s fun. Bronte doesn’t seem to be confused as to why there’s a whole ‘nother dog just sleeping all day, either. He gets treats anyway, and extra snuggles, because he deserves to be spoiled.

It may seem like it sometimes, but he’s not going to be here forever. In the mean time, he keeps the teapots safe. 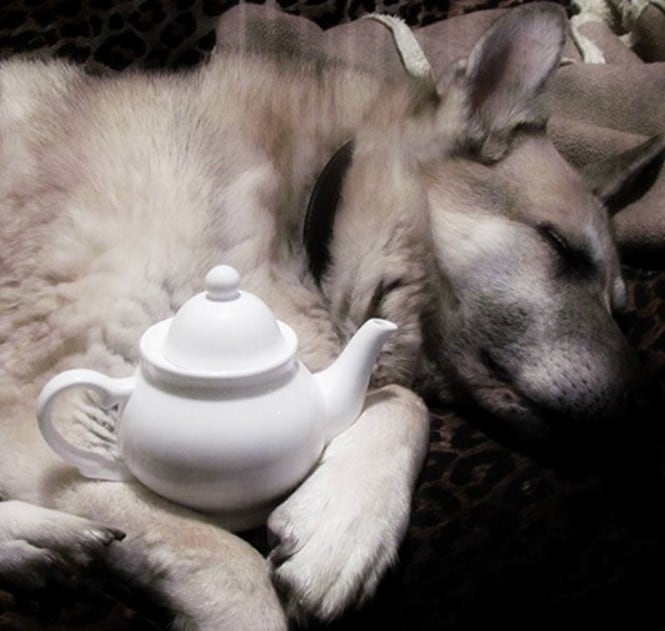 2 thoughts on “The Saga of Ol’ Krueger”